When I am studying the database lecture on E/R model, it illustrates how to convert ternary relationship to binary. One way is using weak entity relationship as follows (each relationship is M:N cardinality): 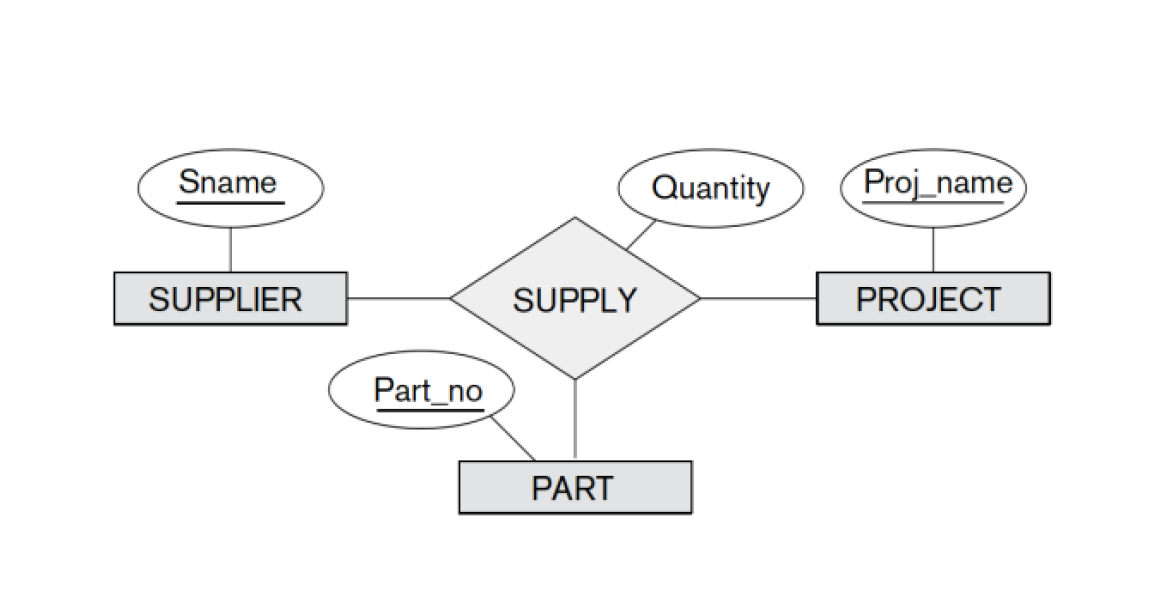 However, in another example:

it states in the lecture slide: "if each technician can be working on several projects and uses the same notebooks on each project, then we can decompose 3-ary relationship into binary relationships"as follows: 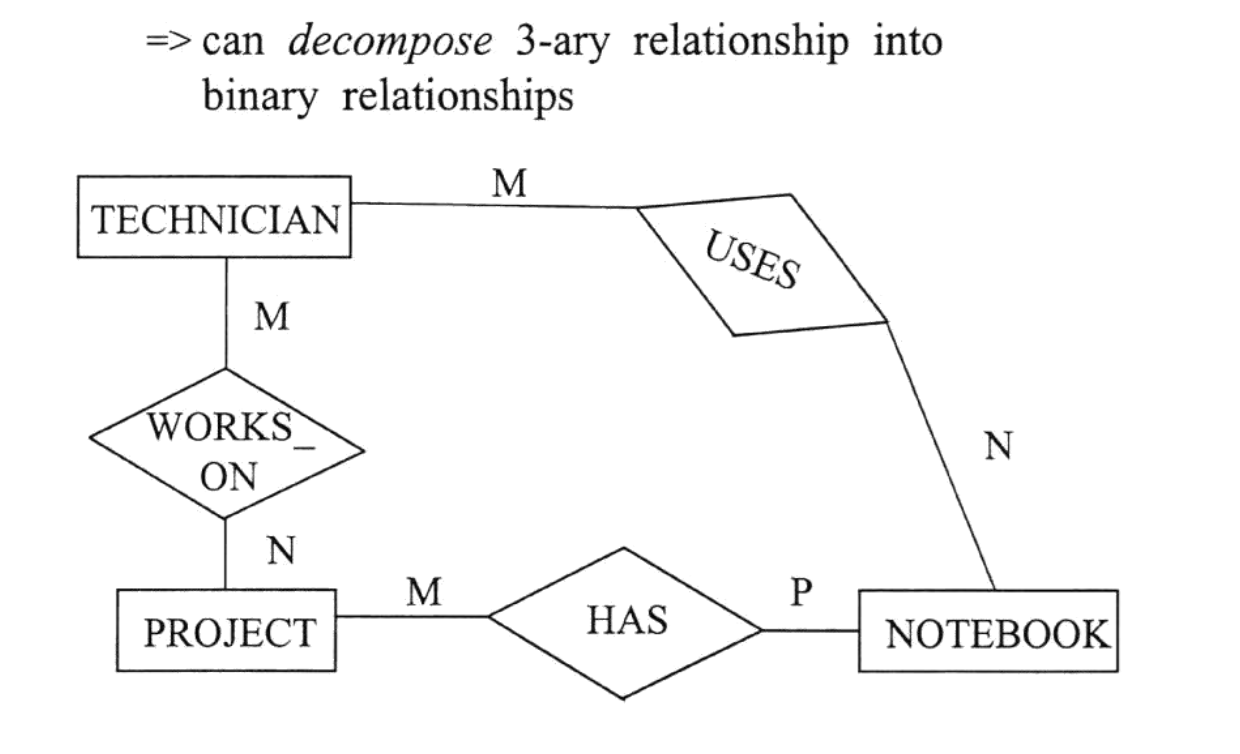 which I could not understand. I still kinda confused about when we should use weak entity approach and when we could just simply convert it to binary relationships as the latter one. Thanks!

The third and fourth images illustrate a fourth normal form decomposition using ER notation. This isn't something you can do with any ternary relationship, but rather something you do when 2 or 3 independent relations have been incorrectly combined into one. For more information, I suggest you read up on Fourth Normal Form.