My form regions started showing up empty (see image below) when users run Outlook 2013. These regions have been showing up just fine and they still do for many users. The add-in is installing fine, the ribbon buttons work, the registry keys and the install files are set exactly as the once in the computers that work. I'm not sure what's wrong. We use VMs and the problem seems to manifest when a VM is refreshed with a new image from the master VM. I don't know if the new master image is missing something that the old image had. What could cause the form region to not load/be empty?

If you need any more info let, let me know.

EDIT: It seems that if I install an older version of the add-in, about a month older, on the machines that have the issue displaying the form regions, the issue disappears. Could I have changed a setting that could be causing this? 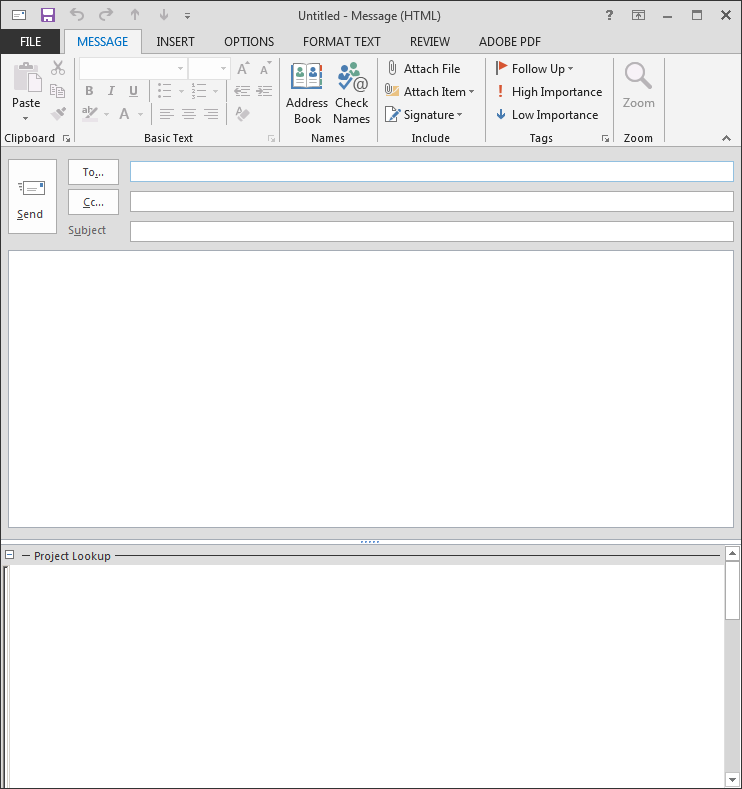 How the region is suppose to look. 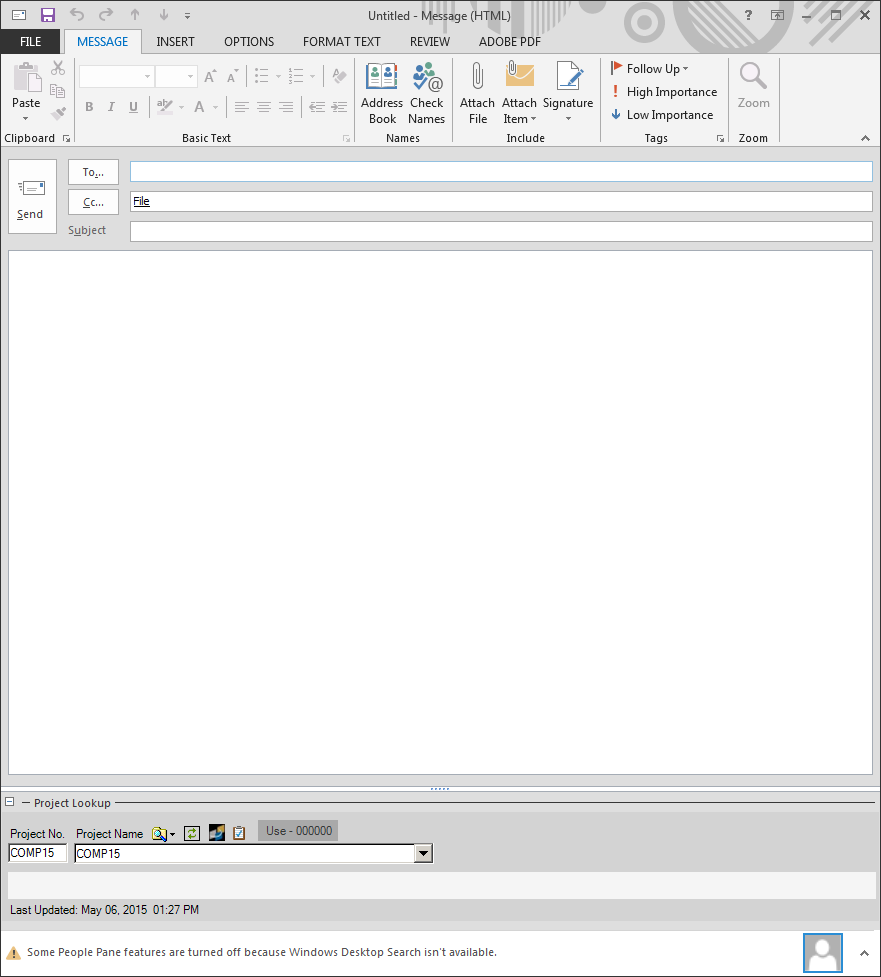 Well, this is awfully embarrassing. Using another program that was failing in the new machines I found there was an error being thrown that was apparently being silently catched. Both programs use a similar winforms control, but the add-in was eating the error while the other problem reported the error when it crashed. Using the Event Viewer I was able to track what the issue was.

I guess the lesson is: if the region isn't loading, it might just be that there is an error with the control and not necessarily the add-in it self. Sorry.